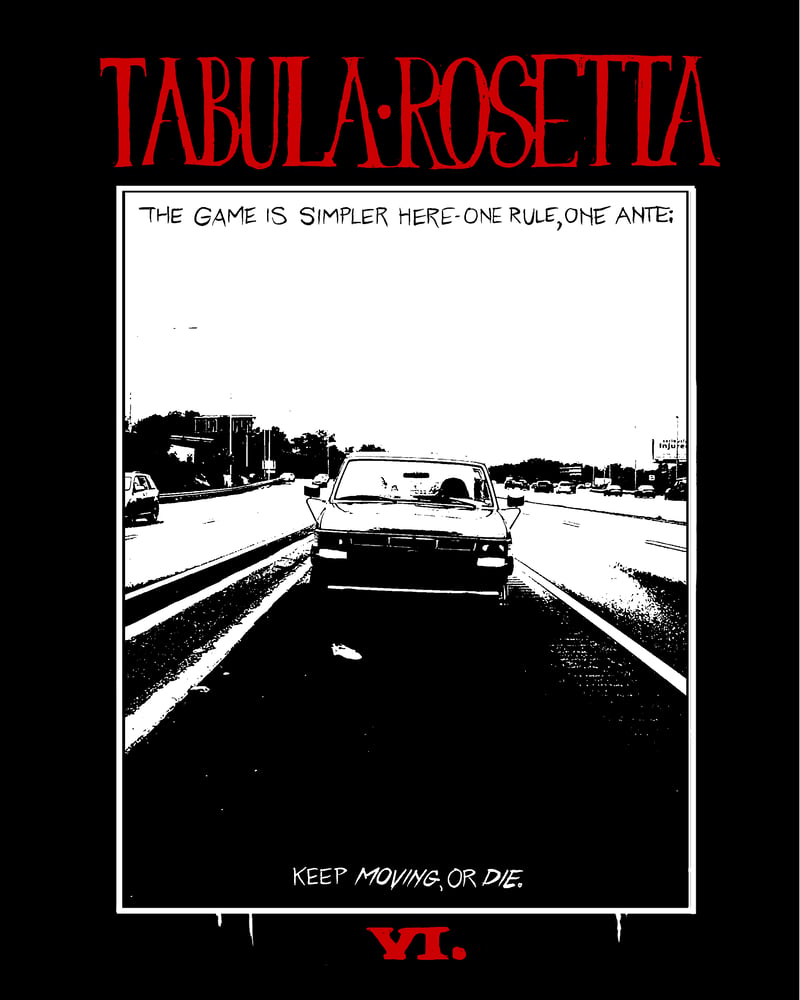 Melding together a diverse range of influences--including the stylistic tendencies and storytelling prowess of early wordless novelists and early underground comix, the works and mindsets of the Pre-Raphaelite, Art Deco, and Art Noveau schools of artistic thought, and her own passion for esotericism, theology, and the occult--in a dark, moody, and sludgy drag through the darkest parts of the collective unconscious, Sarah’s surrealistic and impressionistic art style perfectly illuminates her punishingly dark tales and twisted (and often incredibly personal) narratives.

Tabula Rosetta is a moonlit pool packed full of symbolism, mystery and intrigue that will leave you both gasping for air and wanting to be plunged back under the waters.