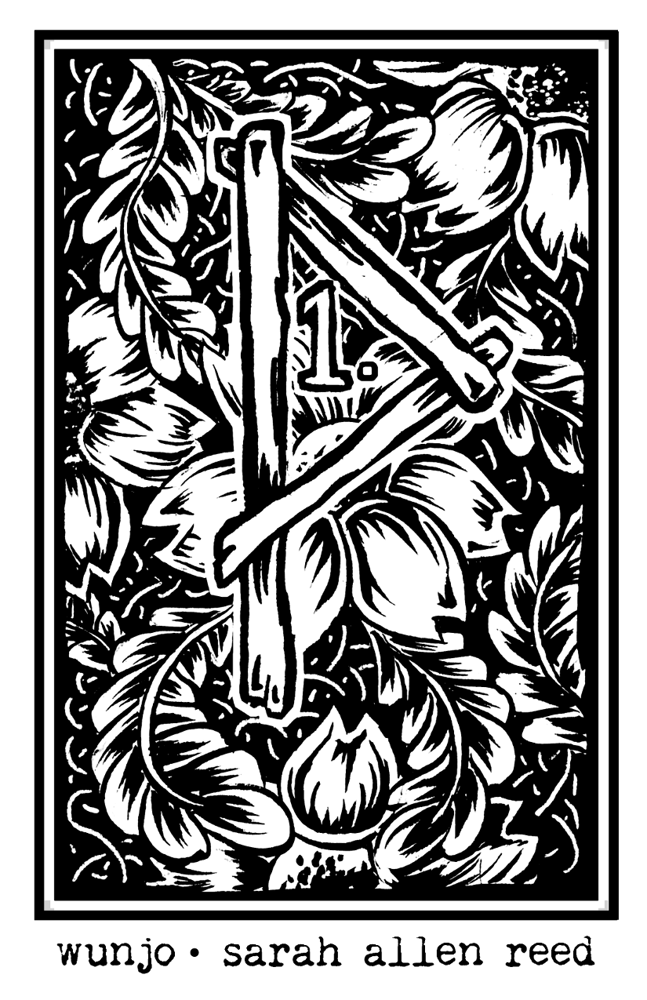 In the Elder Futhark, the rune Wunjo refers to the absence of sorrow and suffering. Its corresponding tarot card is The Star, number 17 in the major arcana.

WUNJO is Sarah Allen Reed's way of releasing the many haiku quartets she's written over the years. Often forming these sets of seventeen syllables in sets of four with the symbolic intent of creating three nines (seventeen syllables plus the four haiku equaling twenty-one), Sarah uses these haiku quartets as a form of catharsis, and as such they are often as retrospective, deep, and as incredibly symbolic as her fine art and comix work. Each poem is accompanied by an illustration by the author herself.